Notes from Nature article about Scientifically Speaking with Irene Moon was published in promotion of the upcoming WeDigBio museum curation events.  This is a reposting of that original article.

The University of California Santa Barbara Cheadle Center for Biodiversity and Ecological Restoration Director has an alter ego. She goes by the name Irene Moon, and she came into being decades ago when Katja Seltmann first started creating science-inspired performance art. Some of the performances are artier, but many of them are specifically created to Perform Science!
This intersection of science and art opens up interesting ways to communicate about natural history collections and science in popular culture. Seltmann and her partner, Yon Visell, have a weekly radio show called “Unknown Territories”, a hour-long cultural arts program on the UCSB campus radio station, KCSB 91.9fm. The show airs on Monday 9-1000am PT and streams online at kcsb.org.

Several of her recordings of science inspired radio shows are available online. You can listen to interviews with researchers about various topics including rust, evolution and field recordings through the Let’s Talk Scienceseries. Recent shows are archived through the Internet Archive and found on the Unknown Territories website. Just like with the collection data she puts online, all of these recordings are all released under Creative Common licenses for reuse, or put into the Public Domain.
Natural history collections work has inspired much of the music, and Irene has several pieces for radio that are specifically about natural history collections. “Curator Bill” is a fictional character that appears throughout the radio pieces, and the audio introduction to Bill.

So next time you need perk up a boring lecture for that intro bio class, think about singing songs in a gold jacket, or create music about the topic. She has performed absurd Scientifically Speaking with Irene Moon musical lectures where collections are highlighted as the character of one of her personal heroes, EO Wilson. “Most of the lectures are done in late night musical venues, rock clubs, and raves. The information is factual, inspired by research, and people do learn when they least expect it.”
Find out more at begoniasociety.org
Check out some of her performances at the links below.
My Queen and I
Sneaky Little Sneak
EO Wilson Song
Meditation on Odonata

Posted by Irene Moon at 4:02 PM No comments: 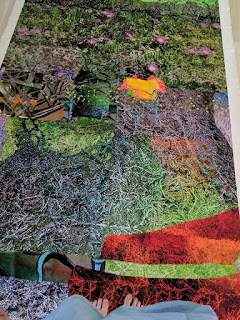 LoVid Visiting Artists Residency with UCSB RE Touch Lab, Media Arts and Technology and the Cheadle Center for Biodiversity and Ecological Restoration, 2019.

At the Cheadle Center for Biodiversity and Ecological Restoration  LoVid researched ecological processes and restorative practices. Images and data collected from their time here are resulting in many outcomes, including textile works depicting images of restored wetlands.
Posted by Irene Moon at 3:53 PM No comments: 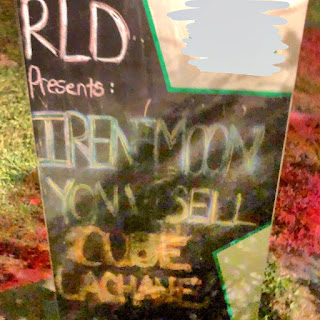 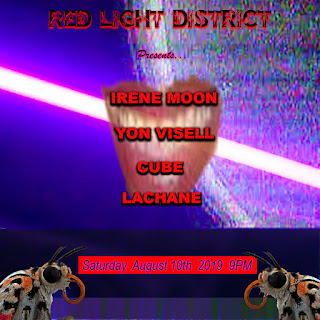 Posted by Irene Moon at 3:45 PM No comments: