Scientifically Speaking with Irene Moon will perform Lovely Moth as part of the Touch 40 (https://touch40.net) festival. Touch, the UK-based imprint and publisher, will celebrate forty years of activity (1982-2022). Touch has grown organically and independently and continues to make ideas-based decisions in a world of changing technology, tastes, and digital freedoms. Irene has appeared on Touch Radio performing "My Queen and I," a recorded lecture about bees. She also performed in a fantastic Touch event at Rymar Auditorium that included the Bee Symphony where humans sang with bees. The Bee Symphony, consisting of recordings of bees by Mike Harding (Touch) and Chris Watson (‘The Life of Birds’, ‘The Life of Mammals’, ‘Life in the Undergrowth’ and ‘Life in Cold Blood’) and a vocal score by Marcus Davidson (Spire) will be performed live by Chris Watson and five singers from the University of York, conducted by Marcus Davidson. The Symphony was originally commissioned as part of the Festival and performed in Queen Elizabeth Hall, London. 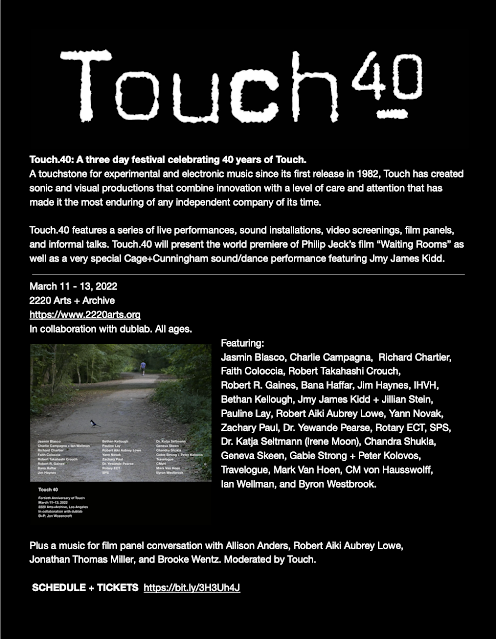